Yaah! Magazine celebrates its first birthday with a little something for everyone. From fantasy to historical, from grand strategy to tactical crunchiness, we’ve got you covered. As always, there’s a brand-new full game to play, a grab-bag of great scenarios for the games you love, and articles on some of today’s hottest games and most endearing classics.

To start with, there’s a whole lot of Double-Ya Double-Ya Two for the grognards in our audience. Wendell Albright, no stranger to WW2 grand strategy games, looks at two of the biggest things to hit tables in 2015: GMT’s Churchill and Compass/ADG’s Blitz! The latter of course is the long-awaited “short” version of World in Flames, and Wendell, who has 20+ years experience playing the parent game (and wrote about it in our second ish) is sure to have some keen insights. Roger Leroux gives us a nice look at Combat Commander in celebration of its tenth birthday.

There’s also a scenario for that modern classic, one of five entries in our First Annual Scenario Design Contest. Other entries include two scenarios for ASL, and one each for Heroes of Normandie and Up Front. All five scenarios tackle the heroic and desperate defense of Noville by Team Desobry in December of ’44. To tie it together, historian and Friend of the Magazine Sean Chick gives us some insight into the German side of the equation with a short but informative overview of the decline of the Second Panzer. Additional, non-contest, scenarios include a new scenario for John Gorkowski's In The Trenches, designed by, wait for it, John Gorkowski, and an intriguing set of campaign rules for C&C Ancients by Chuck Turnitsa.

Feeling a little too “groggy” after all of that? No worries! We also cater to the more fantastical side of things, and in a big way. Three of 2015’s most exciting fantasy games go under our microscope. Your humble editor chronicles the end of the world in the Vikings-and-monsters-in-ragnarok game Blood Rage; Matt Foster tangles with the Great Old Ones in the supernatural HoN expansion Shadows Over Normandie; John Burtt battles a dread necromancer in Victory Point Games’s Darkest Night. 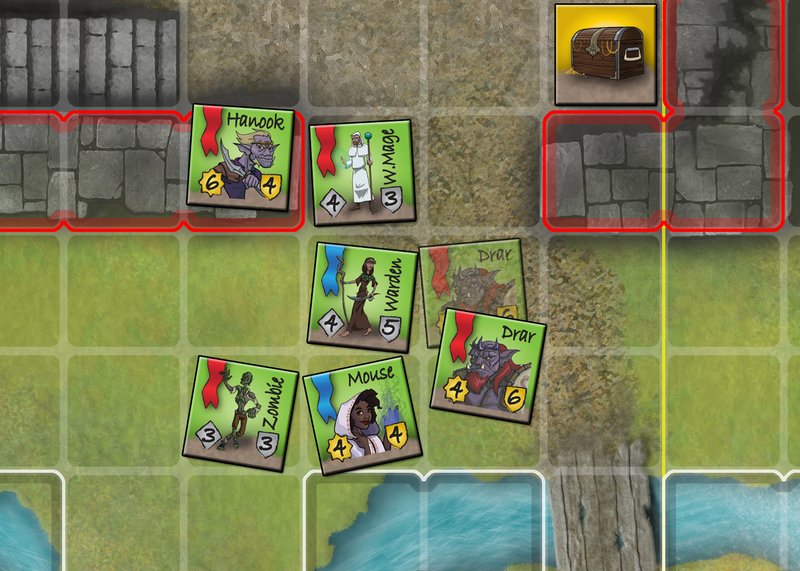 Then there’s this issue’s game, a fast-paced, action-packed fantasy skirmish game called Shadows in the Weald. Players control opposing teams of Heroes, aided by buff-giving Hirelings, battling it out for glory and loot. Each Hero has unique special abilities, bonus attacks, and game-changing defeat effects that keep the game fresh and exciting. There are five scenarios to play with, eight different Heroes, eight different types of Hirelings, and lots of magic items. That’s a whole lot of game, well worth the price of admission all on its lonesome! Character and cover art is by animator Alex Krumwiede, while the map art and unique counter/card layouts were done by Patrick Tremoureux.

But that's not all! There's a great, in-depth, thought-provoking interview with gaming visionary Jordan Weisman, covering everything from Shadowrun to I Love Bees to Golem Arcana; a behind-the-scenes peek at the day-to-day operations of Tiny Battle Publishing; and a piece from regular contributor Ania B. Ziolkowska in which she discusses her process as a games artist, and the story of how she got into this crazy business in the first place.

It's another great and eclectic grab-bag of gaming goodness, well worth every penny and coming in February 2016. But you can save some scratch if you pre-order now.